Don’t knock it until you try it!  This was actually a test recipe.  As you know I love to cook meatless meals and of course I wanted to try something meatless and healthy.  Since Fall season is approaching I decided to go the soup route.  I knew I wanted to work with beets because they are highly nutritious as well as produce a beautiful color when cooking with them.

Here’s what you’ll need to get started:

First I steamed my beets in a pot of boiling water until tender where I could stick a fork in them. About 20-25 minutes. 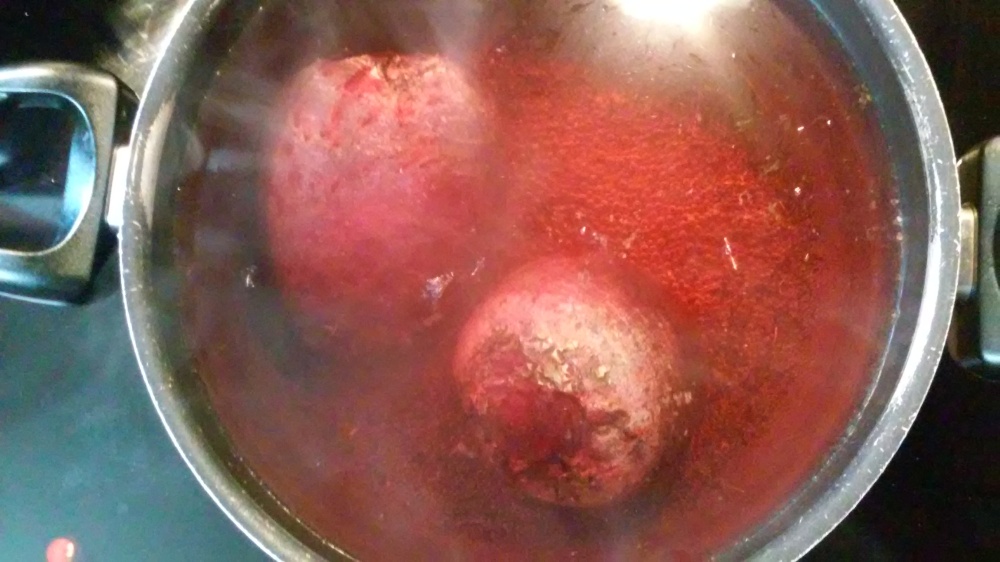 While I steamed my beets I decided to start cooking my vegetables.  In a saucepan on medium heat I took about a tablespoon of cooking oil and took my minced garlic and grated ginger and let it cook for 1-2 minutes. Then I added my onion and celery and let cook.  I let my onions caramelize.  Then I add my broth along with the all spice and bring heat to almost a boil (if you have any herbs such a thyme sprigs feel free to add). Remove from heat and add to your food processor or blender.

When my beets were done I removed them from the pot and began to remove the skin.  I then chopped them into pieces and added them to my blender. 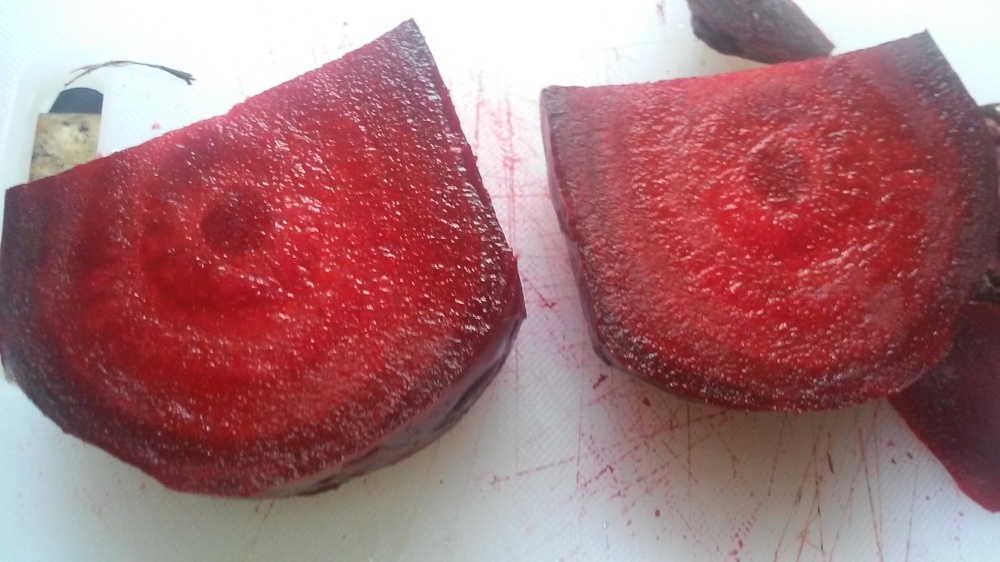 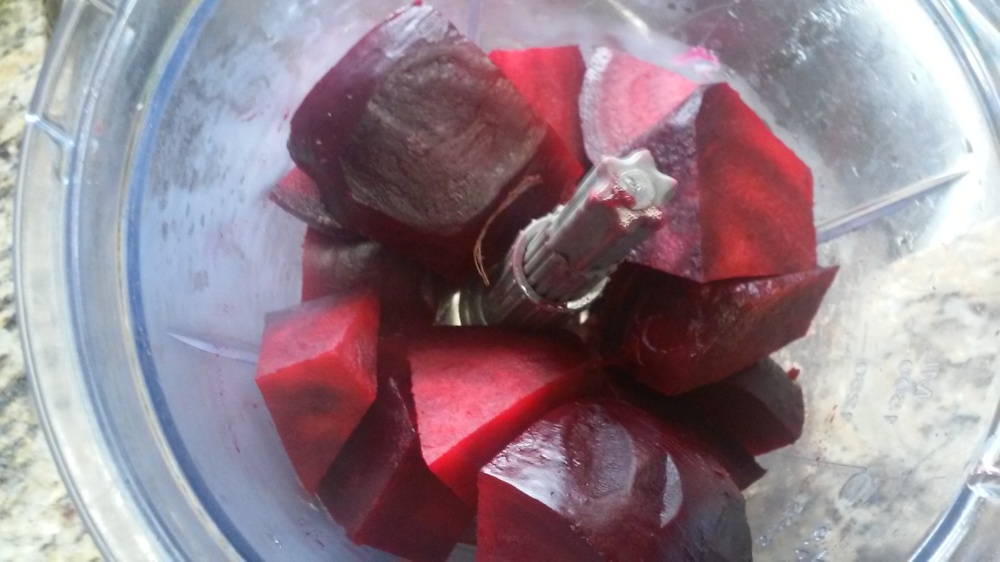 Blend all ingredients together and add back to the pot.  You can then add the evaporated milk/coconut milk or heavy cream (optional) to add a bit of richness & cream to your soup.  I used a whole can of coconut milk because I cooked with 2 large beets but add as much as you need.  I then added salt & pepper.

Some people eat it warm and some prefer to eat it chilled.  Either way it’s a healthy delicious meal.  I wanted to add a kick so I decided to make a herbed puff pastry bowls to eat my soup out of. 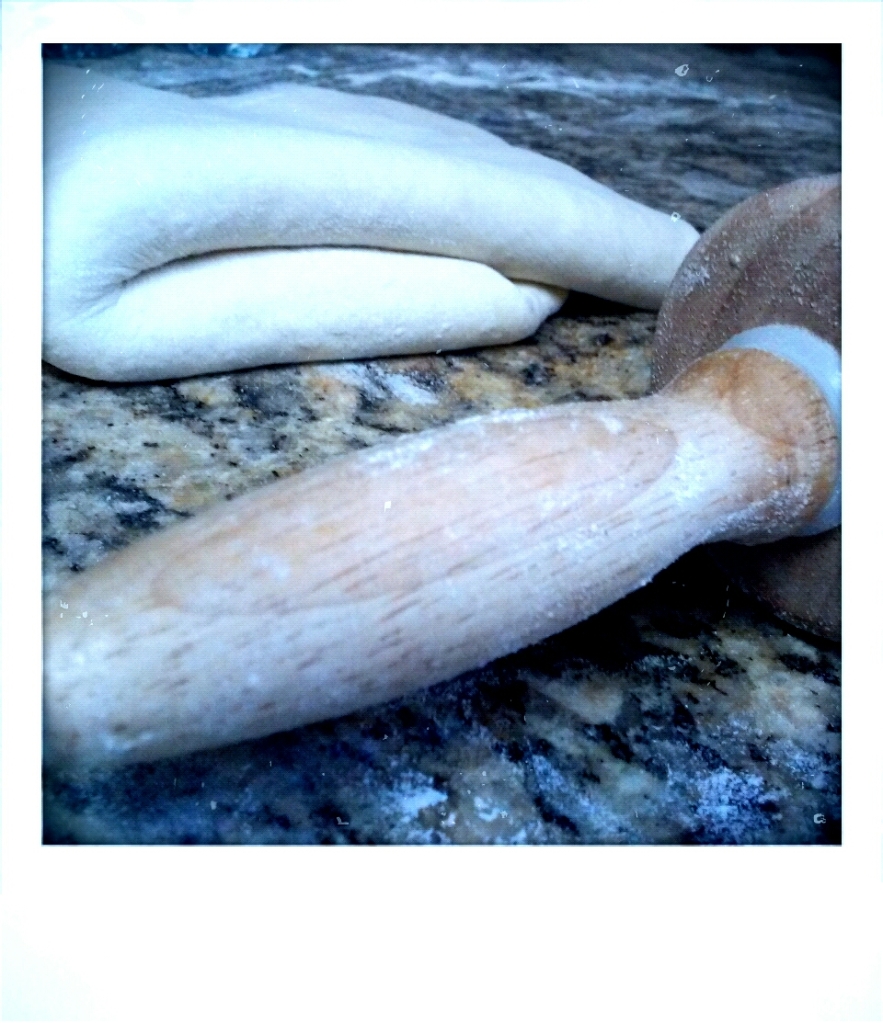 A great meal for all my vegan and vegetarian readers and also for people looking for a clean eats recipe. Enjoy!